Ever since Disney announced the addition of Star Wars: Galaxy’s Edge to their parks, Sonny JJ has been fervently awaiting its opening. That took place in May 2019 but we were unable to visit this summer as we had other plans. But children are nothing, if not persevering, and he kept up a constant campaign to visit Disneyland. Eventually, we decided to take advantage of the Columbus day weekend to fly to LA. We would leave late Thursday night, after work and return late Sunday night. We booked our travel on Southwest, as they had the last flights out.

I used the United Mileage Plus X app to book the Disneyland Resort 2-Day 1-Park per day tickets for the three of us. Missy JJ was away at school and wasn’t able to join us. Sonny JJ then created an account on www.disneygiftcard.com, and combined all our tickets into one. This allowed access to all our tickets in one area.

Next, I wanted to book hotels and this became a source of debate. There were Hilton hotels available on points and with a 15 to 20-minute walk to the Disney gates. I also found a Hyatt House close-by, but it cost about $350 per night. Sonny JJ wanted to stay here as it was closer and we could walk back and forth. Mr. JJ wanted to book a Disneyland resort hotel but at three weeks before the trip, their prices were over $900 per night.

While intermittently researching hotels, I found both Costco and Undercover Tourist had hotels plus a 5% discount on the park entry tickets. Unfortunately, they weren’t available for the dates we needed. So, I booked the Hampton Inn and Suites Anaheim Resort Convention Center with points for two nights and cash for the last one.

Our biggest draw at Disneyland was the Star Wars: Galaxy’s Edge and we felt it would be best to do that on the second day of the trip as we would have fully rested and recovered by then. We didn’t want to risk being late on Friday and lose time. Star Wars: Galaxy’s Edge offers two major experiences (other than the Millenium Falcon ride), the Savi lightsaber building workshop, and Oga’s Cantina. Both are highly popular and hence, reservations are recommended for both.

Sonny JJ was able to download the Disney app and make the booking for the lightsaber workshop for Saturday morning but there was none available for the Cantina. We also learned that Disney Maxpass has to be bought at the time of booking the park entry tickets which I did not do. Hence, we had to wait until we were in the park to get the Maxpass tickets to use the Fastpass distribution system. These tickets cost $15 per person per day.

On the morning prior to our visit, Mr. JJ (who did not wish to give up on the resort hotel idea), tried valiantly to book a room at one of the Disneyland resort hotels, of which there are three: the Grand Californian Hotel and Spa, Disneyland Hotel and Disney’s Paradise Pier Hotel. Staying at one of the three hotels offers some of the following benefits:

Thus, it made sense to try to get reservations at the resort hotels even at such a late hour. At lunch that afternoon, I checked the Disney and the Undercover Tourist websites again, without luck. I then decided to be old-fashioned and call the Disney reservation number, 714-956-MICKEY. I thought if we could get even a two-night stay at one of these hotels, it would be worth it.

After listening to my request, the young man on the other end put me on hold while he researched some options. First, he found two different room types for two consecutive nights at the Disneyland Hotel and I was thrilled, but as we delved further into the booking, he was able to find me a room for all three nights. The first night would be a standard room with two queen beds and the next two nights would be a premium room with a pool view. This latter one was a wheelchair accessible room that hadn’t been sold. While the prices weren’t cheap by any means, they certainly weren’t as high as the $900 per night as I had originally seen. After comparing with other dates for a three day weekend, I estimate overpaying by about $500. But for a last-minute effort, it was well worth the price.

I quickly booked the three nights and then called Hampton Inn and Suites. Hilton policy states all cancellations must be done 48 hours prior to the check-in time. I was just over 24 hours but had resigned myself to write away the points in favor of the resort hotel. I was able to cancel the third night booking without difficulty but the agent wouldn’t cancel the first two nights’ reservation. She asked me to talk to the hotel directly since it was a late cancellation. I talked to two people on staff at the hotel and each one promised they would cancel my booking and possibly, return my points. But after a couple of hours, nothing showed up on my Hilton account. So I called a third time and spoke to a lady staffer who took down all the details of my request. After researching my account, she eventually came back to say that the booking had been canceled and that as a gesture of goodwill, the hotel would reinstate all my points. Indeed, shortly after, my Hilton account confirmed both. I was grateful and ecstatic!! Finally, we were all set to travel to the Happiest place on earth! Sonny JJ got his dream of traveling to Star Wars: Galaxy’s Edge and Mr. JJ was happy to be at the resort hotel and I was just happy to be back on the road again. 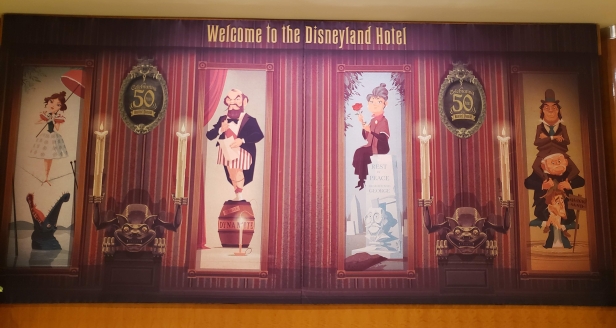